Please forgive me writing in English.
I am writing a novel set in 1930s Sweden and wanted to know what a business telephone number in Stockholm would look like in those days. Specifically, I would like to know how it would appear on a business card.

Thank you for the interesting question. I have looked into this quite a lot and I have come to some conclusions. However I don't have a definitive answer for you.

First of all: how did telephone numbers look in Stockholm in the 1930s? This is a tricky question. They could look quite a number of ways. During the first half of the decade it seems they had numbers three to six digits long. During the middle of the decade area codes were introduced in Sweden, so then telephone numbers could be up to nine digits long. The area code in Stockholm was 010.

You can find some information on The Swedish Post and Telecom Authority's web page. The historical information is in Swedish, but you can translate it via Google Translate.

For more information I recommend you contact the Stockholm city archives to see if they have any material and that you contact The Swedish Post and Telecom Authority (PTS = Post- och telestyrelsen). Hopefully they can give you a more detailed answer. 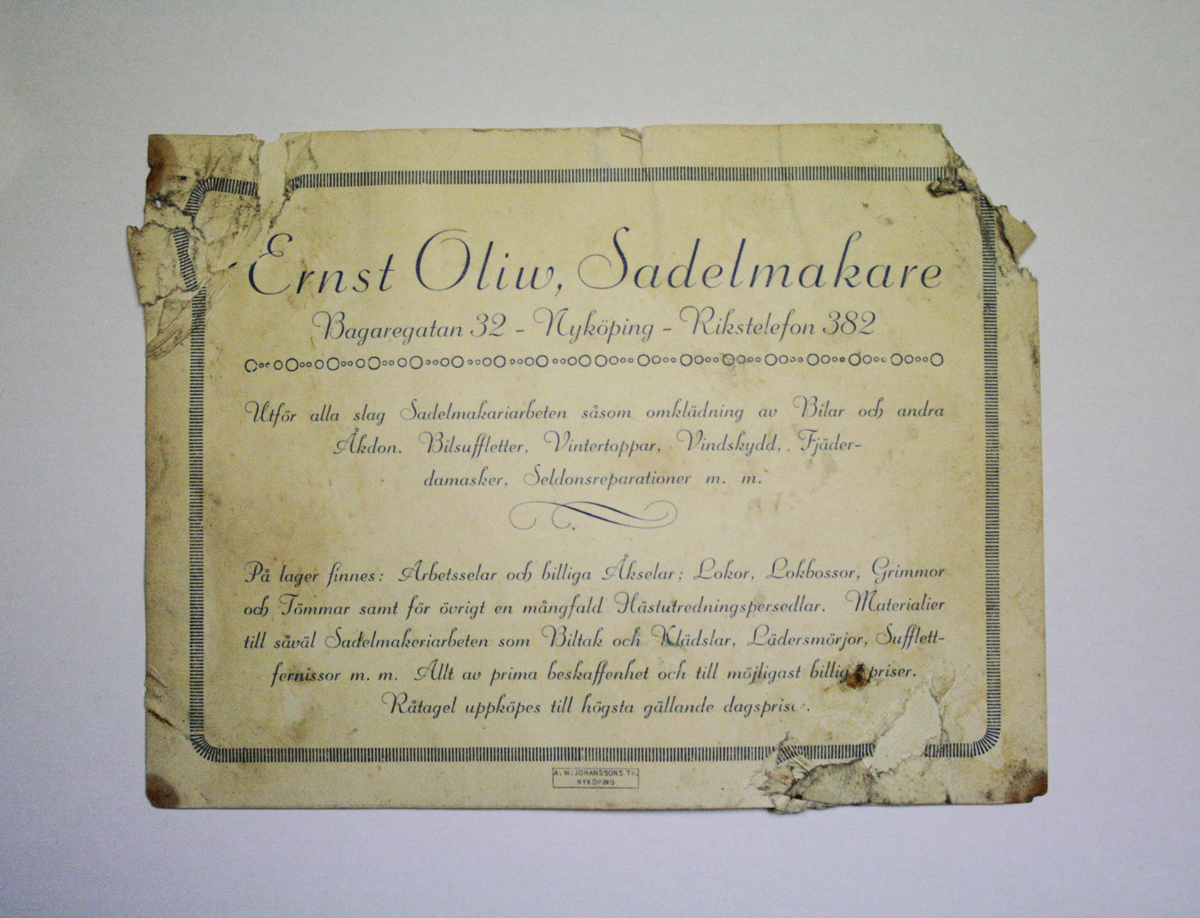 Send a question to our librarians or search in our archive.